Do Not Fret College Rejection 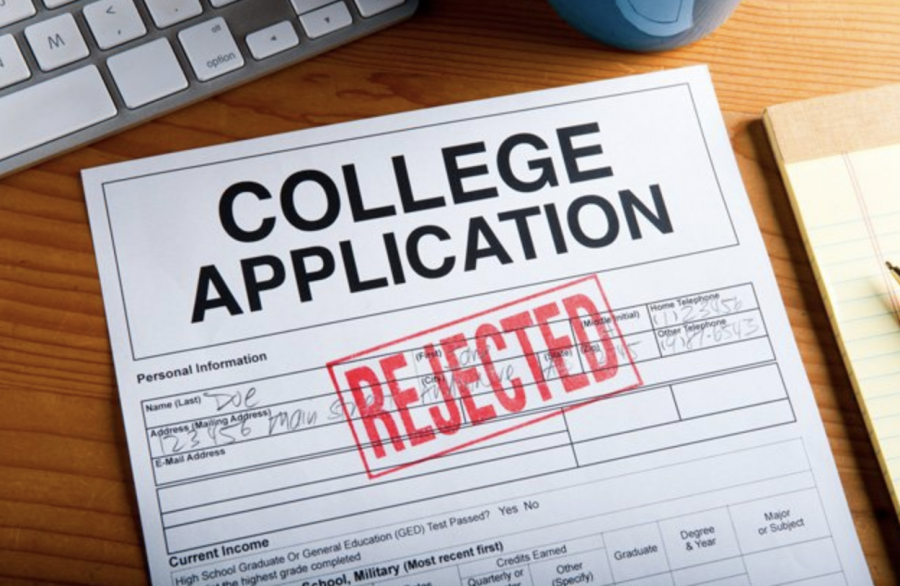 Last month, thousands of American high school seniors received, perhaps, the greatest news of their young lifetime: ‘Congratulations! You have been accepted to X university.’

For students who applied early decision and have been accepted, they have already committed to attending their top school.

However, for students who applied early decision and have been deferred, wait-listed, or denied by their dream school, the waiting, again, becomes the hardest part, and the overwhelming harsh reality sets in that they may have defeated themselves by putting their eggs in a basket for one school.

That feeling should not be the case.

CNN host Jake Tapper, a Dartmouth alum, tweeted an encouraging note to those who struggled with being rejected by their top school as the first wave of early decision applications were returned on Dec. 14: “Lot of high school seniors who applied early admission to college are getting the news today that maybe they didn’t want. Everything is going to be ok. Rejection sucks but you can almost certainly end up someplace you absolutely love and get a great education. Hang in there.”

Tapper’s tweet moved some people to explain how getting denied from their dream schools was one of the best things to happen to them.

MSNBC’s “Morning Joe” co-host and former U.S. congressman Joe Scarborough replied, “Got rejected from top schools across the country. I think I recall Yale’s rejection letter saying, “You’re joking, right?” Ended up at two schools I loved and all worked out pretty well. Onward and upward.”

John Dickerson, co-anchor of CBS This Morning, said, “I was shut out by almost all the schools. The one that took a chance on me after a long wait made my life, and it’s where I met my wife.”

Iconic director Steven Spielberg was rejected by the University of Southern California and UCLA.

If you are dealing with the heavy weight of rejection from your early decision or early action schools, you are in good company – but, as cliche as it might sound, it is not the end of the world.

Good things will happen to people who wait.

There is and always will be a path for you, and if does not run through your dream school, or college at all, do not think of yourself as a loser or a failure. Failure is inevitable. Disappointment is inescapable. But feeling unworthy or unwanted is paralyzing and unhealthy.

Learning how to cope with outright rejection is tough. Not getting what you want may be a common part of life. Just stay the course, be the best person and student (second) that you can be, and it will all fall into place.