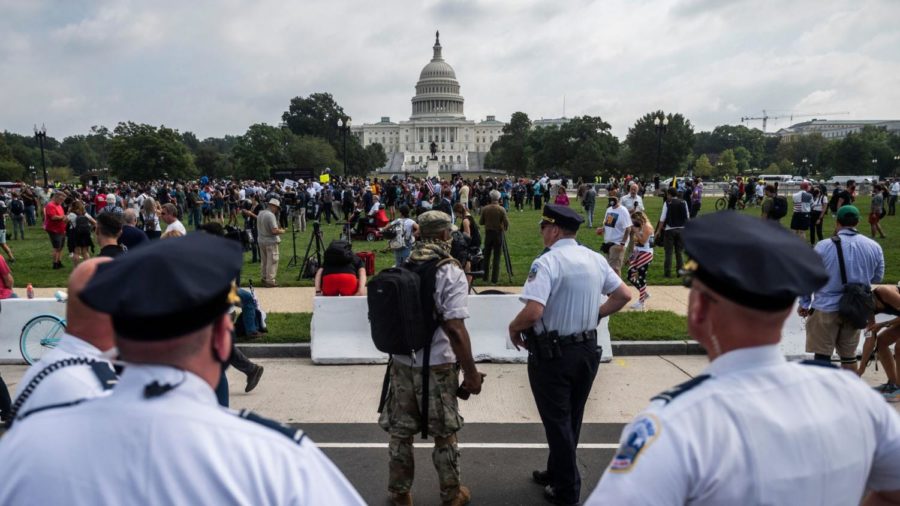 On September 18 a group of right-wing protesters gathered in Washington, D.C. to rally in response to the arrest of those who invaded the Capitol earlier this year. News of the J6 rally prompted officials to bring in a surplus of law enforcement and security personnel. The National Guard is reported to have spent at least $792,500 in order to aid the U.S. Capitol Police in preparation for the rally.

Prior to the day of the rally the Department of Homeland Security estimated that 700 people would be in attendance. This did turn out to be an overestimate.

The 150-200 participants who did attend the so-called J6 rally were outnumbered by police forces and counter protesters.

Far-right chat rooms and online conversations have shown that many people planning on attending the J6 rally decided not to because they were skeptical of its legitimacy. Some feared that the protest was an attempt by law enforcement and the FBI to trap Trump supporters.

Security at the Capitol was increased for the day of the rally. Fencing surrounding the Capitol building was reinstalled for the protest. The fencing was supported by concrete barriers and surrounded the building on all sides, stretching down Constitution Avenue, First Street, and Independence Avenue.

This was the first time fencing has been put up around the Capitol building since the invasion of the building on January 6. As another security measure the Secretary of Defense, Lloyd Austin, called for the National Guard to have 100 officers stationed near the Capitol.

The events around the insurrection at the Capitol building in January led to criminal charges being pressed against 643 rioters. The J6 rally resulted in four arrests and the seizure of two weapons. Police placed a no gun zone sign in the area where the demonstration was planned to take place in order to prevent the same violence that occurred earlier this year.

Members of the House were urged to stay away from the Capitol building on September 18.