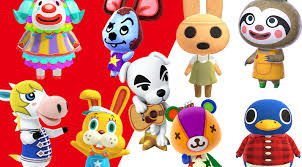 Video games have transformed the way we spend our quarantine and how we interact with our friends/family.

According to a report released by Verizon, on March 17 American video game use increased by 75% after social distancing was put into effect nationally. By April 9, that number jumped to 115%.

Video games grew popular because they can transport people into a different world. The experience of playing a video game allows people to take a “mental vacation” when traveling is off-limits. In quarantine, we have lots of time to waste. This time could be spent indulging in video games.

The game “Animal Crossing” was so popular at the beginning of the pandemic because it is straightforward, laid back, and features cute animals and beautiful scenery— the perfect distraction from life. It’s not just escapism that’s being offered to players, but also tangible physiological benefits. “Animal Crossing” encourages in-game prosocial behavior which research suggests boosts player’s moods out-of-game. The goal of the game is to decorate your own island, host cute animals with fun personalities, collect fruit, fish for underwater creatures, and collect bugs. “Animal Crossing” encourages players to get excited over multiple small victories which could be helpful to people in quarantine.

Minecraft is another game recommendation for people in quarantine. Minecraft has sold over 176 million copies across multiple platforms. It is the best selling and most popular video game of all time. Minecraft is a video game in which players create and break apart various kinds of blocks in a three-dimensional world. The game offers two modes: survival or creative. In survival, players appear in a new world and are challenged to use resources to build shelter, find food, and craft tools. Minecraft’s creative mode places players in a vast empty land with immortality. This allows players to build giant mansions with beautiful architecture, with no fear of dying and losing items. Minecraft is nostalgic for some, but it can also be a simple and addictive game for new gamers. Minecraft stimulates creativity, as players can use any kind of block for their creations.

Social distancing calls for more time stuck at home. Ample time alone could be spent playing video games with friends–and we shouldn’t feel guilty about it.